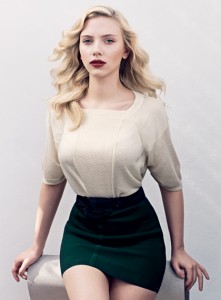 I have struggled with weight for most of my life. In light of this process, I research weight loss topics online a lot. Recently I found that in 2005 researchers in the United Kingdom published a study that the Body Mass Index (BMI) men find most attractive in women is 20.85. They concluded that at a BMI of 20.85 women were more likely to “find a perfect match”. I found this very significant, because 3 years ago I lost 70 pounds. In researching for the transformation, I did a photo blog about celebrities who are my height and how much they weigh. The purpose of doing so was to get an idea of what I would look like at different weights.

Now with this new revelation, I feel it is important for me to reconsider my criteria for my ideal weight. Back then, I analyzed celebrities that were extreme in their weights as well as celebrities I found beautiful or who were A-list celebrities to develop my sense of what weight looks like. Some of the women I considered were: Jennifer Aniston, Kate Hudson, Meghan Fox, Jennifer Lopez and Beyonce. The study identified an example of the perfect body at the time of the study belonged to Venus Williams!

This is significant, because the tennis star and her sister have often gotten a lot of flack from people (especially fellow tennis player Maria Sharapova) who say their bodies are too muscular and not feminine. In fact, BMI is calculated using your weight and height alone, and does not take into account your body fat percentage, which could dramatically change your appearance since muscle weighs more than fat! (So, a person could be heavier, but look leaner if they were more muscular than a person at the same weight whose body had more fat) This is viewed as a major flaw in this method of health measurement and has even been the basis of racial bias claims in health measures.

Using a BMI calculator I determined that at 5’6″ my ideal weight to get married would be 129.2 lbs. With this is mind, I have concluded that the women I analyzed earlier did not have ideal bodies. Surprisingly, even well-sought-after women who grace the covers of men’s magazines, such as Jessica Alba (19.4) and Scarlet Johansson (22.3), do not have ideal bodies according to this study.

As I said before, in 2010, I was going through a process of trying to change the way I thought about my body and food. For this, I started doing research into what celebrities weigh. I did this, because I (and many other young women) had ambitions to look like any of our favorite celebrities. So, I did a google search and came up with this website that revealed the heights and weights of different celebrities. I then, compiled a list of all those who were 5’6″ (like me). The following is the list that resulted in 2010 (figures are subject to change by now, I’m sure!).

Looking back, I now see that many of these women (who later became my role models) had body types that were not very consistent with what the average person even finds attractive. I suppose there are questions we should ask ourselves. Not so much about unrealistic expectations for women, but maybe those of us who are looking to the celebrities for our body inspiration, should consider what our long term goals are, because if it is attracting the perfect mate, science says that these women’s bodies are not ideal for achieving that.

The following list are among the women I once looked up to for weight inspiration. All celebrities are 5’6″ unless otherwise indicated:

And just for the hell of it…

In light of this new information, share your weight loss goals below.