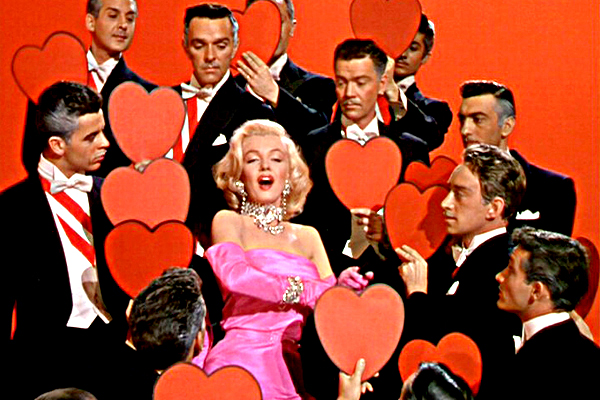 Once I wrote a guest post where I talked about how important it is to change your appearance to one that has universal appeal. However, I want to make it clear that I’m not telling you just so you can prepare to be arm candy for a rich suitor. There are a lot of reasons why having a universally appealing look works to your benefit in your quest to find the right guy. The umbrella reason is that gold digging (like most things in life) is a numbers game. The more rich men you get a chance to talk to, the more likely you are to meet one that you like and who also likes you. Some of the reasons for this are:

Unless you were born in wealthy circles, it is going to be difficult for you to get in with a crowd that will open the door to meeting affluent suitors. If you even want to get close enough to engage with these people and learn the social graces necessary to fit in, you have to be someone most of them would be open to interacting with. At the end of the day, it’s more about what you learn from mixing and mingling with them, because this is what will open the door to more occasions of doing the same. Ultimately, changing the way you look so that you will repeatedly have opportunities to engage with certain types of people, will be what will help you get what you want. You don’t have to change who you are. Just fit in enough that they are comfortable enough to be themselves around you. That’s when the real work begins of making observations and getting the inside scoop!

Because of the learning curve I mentioned, you are going to find it difficult to immediately blend in with the crowd, especially if you did not grow up in wealthy circles. You are going to make mistakes. You are going to talk about inappropriate things. You are going to rub some people the wrong way. You are going to be scared, and embarrassed, and anxious, and you’re going to think you will never belong. All of this might happen as you date some guy who initially found you intriguing. But you can’t let that break your spirit! Even if the first rich guy you date doesn’t like you, that does not mean you should ditch the pearls and pumps and get mad that all rich guys are shallow jerks! Consider it a learning opportunity. The problem wasn’t the way you looked (that’s probably what got him to talk to you!). The problem was that you’re still learning. Consider the first few rich dates practice (but don’t practice within the same circle of friends, by the way). Use them as an opportunity to learn the psychology of the rich. Before you know it, dealing within those circles will come naturally to you!

This point doesn’t need much explaining. It’s simple arithmetic. So, go out there, look nice and mingle!